On November 10, 2018 the Gulfport Police Department arrested 28 year old Keith Rio Cavalier, of Gulfport, charging him with one count of felony Malicious Mischief and Driving Under the Influence 1st Offense.

The arrest was the result of a patrol response, on November 10, 2018 at 5:54 a.m., to 1801 23rd Avenue, The Harrison County Courthouse, in reference to a vehicle crash. Officers located a 1997 Toyota Tacoma pickup truck which had struck the building causing damages. The damages were estimated at over the felony threshold of $1,000. The resulting investigation revealed Cavalier was Driving Under the Influence and intentionally struck the building. Cavalier stated the crash was a way to contact police in order to report his stolen drug paraphernalia.

The warrant for his arrest was obtained from Harrison County Justice Court Judge Brandon Ladner who set bond at $25,000. Cavalier was processed and transported to the Harrison County Adult Detention Center. 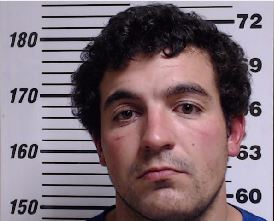